James and Lucy Glover and children, about 1901. 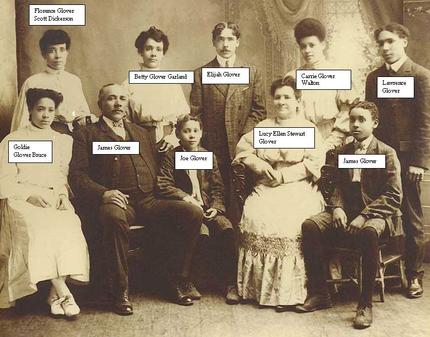 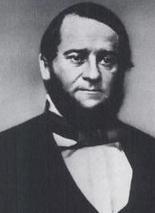 documentation of our ancestors as

Wilmer McLean's home at Appomattox Courthouse.  At least one family member has said that Lucy might be among those with the family on the porch !? 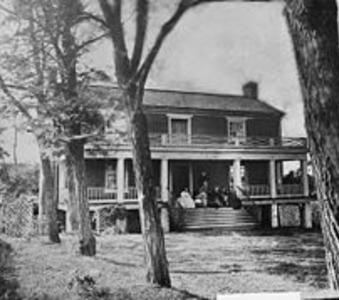 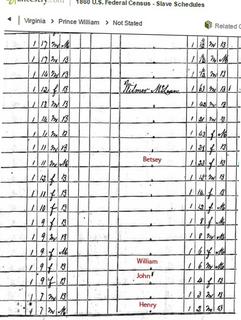 The actual surrender took place in the home of a local merchant, Wilmer McLean.

Why is this significant to our family?  Our family lore says that Marietta's great grandmother, Lucy Stewart Glover, was the daughter of Wilmer McLean.  We might never be able to prove this but we do have documentation that Lucy's mother Betsy and Lucy's brothers John, Henry and William were slaves of Wilmer McLean and his wife Virginia.

Click here to see a Glover family tree that cousin Carolyn Brown worked on in about 1992.  There are additional "trees" in  the bookBack There, Then.

1870 Census of Betsy, husband Henry and children...
​the same names that are listed above in the ​Virginia Slave Births Index. 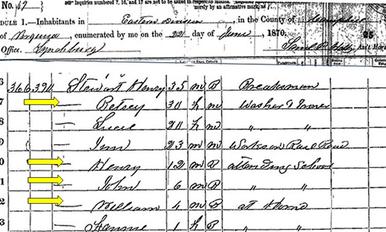 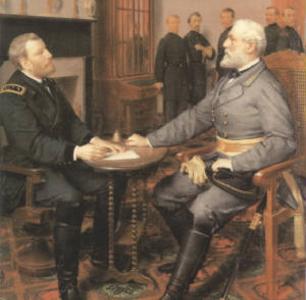 This document shows ages and sex
of slaves owned by Wilmer McLean.
We have written in red the names
​of Betsy's children that probably match. 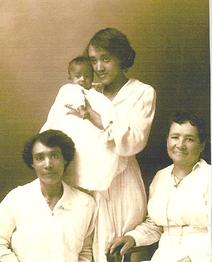 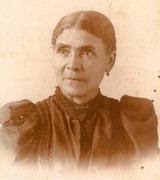