A Few links pertaining to The

A family website where a member describes having attended Alfred University with Luther.

This link is provided for information only.   The writer of this webpage cannot confirm it's                   accuracy but it seems authoritative.   :-)   Please, any corrections are welcome! 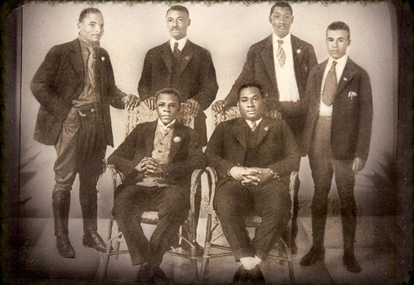 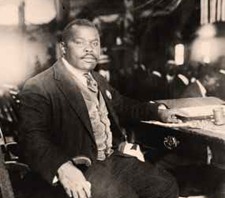 Just in case there are readers who do not know who

For another version, see this site posted by the United Negro Improvement Association, Garvey's organization that still exists in 2014.  Another of many Garvey biographies is  here.

Marietta became a Crichlow when she married Martin Augustus Crichlow, son of Cyril A and Lillian Warnick Crichlow.   Cyril Crichlow was a native of Trinidad, British West Indies and immigrated to the United States in about 1905 to attend a Seventh Day Adventist School in Nebraska.

Martin's father, Cyril, became Garvey's Resident Commissioner in Liberia.  Noteworthy, Garvey himself, never traveled to Africa.    After Cyril engaged in disagreements with Liberia's leaders, he distanced himself from Garvey, becoming government witness against Garvey.   Linda met one of today's UNIA members recently who described Cyril as a very knowledgeable and capable leader.  I would have guessed that today's UNIA members would see him as a traitor to the cause.

The grandchildren did not know of Cyril's involvement with Garvey until many years after Grandpop's death (1965).    More of our learning about this piece of history is in Back There, Then.  Like many of the families featured in Henry Louis Gates' series, African American Lives, there were just things that families didn't talk about.   In Cyril's case, it could be that, as a government witness, he was sworn to secrecy...or maybe he was ashamed of his involvement.

Interesting also is that Cyril left his wife and children in Harlem to travel to Africa in 1921--which was probably scandalous to Lillian's family and others!  In the book, we include images of some cards and letters that Cyril wrote to Lillian while he was traveling.