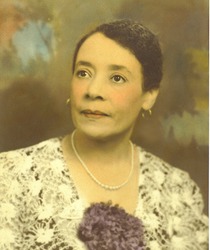 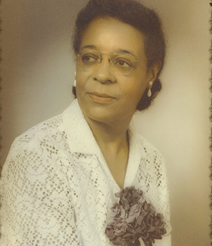 The papers of Goldie Glover Bruce and her daughter Constance Glover Bruce as much as any other items, sparked Linda's interest in family history and genealogy.

Goldie was the 5th born child of James and Lucy Glover and a great aunt of Marietta.

It was in 2006 when Cousin Connie, then 92 years of age became such that she was unable to stay in the house where she lived--a house that her mother, Marietta's Great-Aunt Goldie

had purchased in 1945.   Linda agreed to look after Connie's affairs and among other things, had to clean up and fix up the house.     It turned out that very little had been thrown

away since 1945!  There were diaries, photographs, letters, cards, and more letters and cards

all of which provided much insight into the family.   Like in many of the family stories on Henry Louis Gates' TV program, African American Lives, there were many things that were not

openly discussed in our family.   Not that anyone was ashamed...some things were just in the past and the past was the past.

It was among these papers that Linda learned of the Glover family connection to Appomattox.